There’s an energy in the North Country today. A sense of renewal and excitement.

After some challenging years, this former logging hotbed is being reborn. Invigorated by new businesses and activity, the North Country of New Hampshire and Vermont is suddenly transforming into one of the most exciting, interesting and fun travel destinations in the entire Northeast.

The region has long been popular as an outdoors destination. It is legendary for its fly fishing, hunting and snowmobiling, and it has a growing reputation for outdoor activities like hiking kayaking, and ATV’ing. But over the last several years, a wave of exciting new businesses have opened in the area, breathing new life into the North Country and adding to the region’s character and culture.

At the center of the region’s current renaissance is the Tillotson Center in downtown Colebrook. This former horse barn has been turned into the cultural hub of the region, complete with a 171-seat theater, an art gallery and a museum of the area’s history. A beautiful, majestic building, the Tillotson Center now attracts exceptional theater productions and musical acts to the North Country.

Also in the center of Colebrook are a collection of exciting, lively new businesses that are creating a vibrant atmosphere. Coos Brewing recently opened in the area, providing the region with its own delicious and popular craft beer. On days the brewery itself isn’t open, visitors can enjoy their beer (and others) at the nearby Black Bear Tavern. Although the building dates back to the 1830s, the Black Bear opened after the building was renovated in 2013. Now it’s a popular sports bar and restaurant.

The region also now has its very own Parisian bakery. Le Rendez Vous Bakery in Colebrook is run by two certified bakers from Paris, France who wanted to open a real French café in the North Country. This elegant bakery has a warm, inviting atmosphere where visitors can sit down in comfortable furniture while they enjoy coffee and world-class pastries.

Another fun, tasty addition to the area has been the Moose Muck Coffee House. With a relaxed atmosphere that includes children’s furniture and an easel where kids can create art, Moose Muck serves coffee, specialty espresso drinks, smoothies and breakfast foods. Their WiFi makes it a great place to get some work done (or surf social media) while having breakfast on their large, comfortable porch.

Across the street from Moose Muck, Parsons Street Luxury Suites and Fine Dining offers breathtakingly luxurious accommodations. But it’s their food that is quickly earning Parsons Street its exceptional reputation in the North Country. Parsons Street is housed in a building that dates back to the 1860s. Owners John and Linda White have renovated the building in recent years, and in 2016 they opened it as a restaurant. With a gorgeous custom bar and a cozy restaurant area with antique lighting, they serve exceptional dinners and host special events, including tapas and Mexican nights that locals rave about and eagerly look forward to.

Down the road, at the gateway to Dixville Notch, Mohawk Falls has become the region’s premier event venue. Set on a beautiful 40-acre estate along the Mohawk River, Mohawk Falls has hosted receptions, parties and concerts for several years. In 2016, they built a large, elegant post-and-beam pavilion that is now an ideal gathering place.

Across the Connecticut River in Vermont, April’s Maple has only been open for a few years, but it is already becoming a North Country legend. April’s Maple is more than a restaurant or gift shop. It is a celebration of everything maple. It offers maple syrup, maple candy, maple cream and other maple products, even maple sriracha! Their menu features maple flavored foods, from maple sausage to maple hot dogs to maple grilled cheese sandwiches featuring jalapenos. No visit is complete without enjoying their famed Maple Creemee (soft-serve maple ice cream).

These are only some of the region’s many exciting new businesses. And, of course, these new places are only part of the region’s appeal. They blend perfectly with the older, traditional staples that have made the North Country inviting for years. Places like Solomon’s Store in West Stewartstown, which has been serving the North Country for more than 95 years. Nearly as old as Solomon’s is Lopstick Lodge in Pittsburg, which was established in 1928 and has been a favorite among the region’s hunters and fishermen for 90 years.

With so many exciting new places taking root in the area and the region’s reputation as one of the best hunting, bird hunting, fishing, hiking and ATVing destinations in New England beginning to get out, now is the perfect time to experience the North Country. 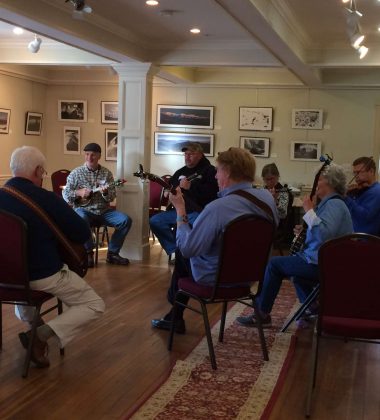 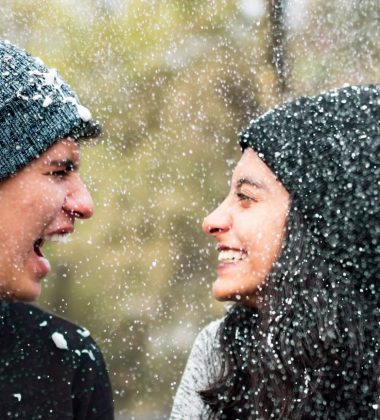